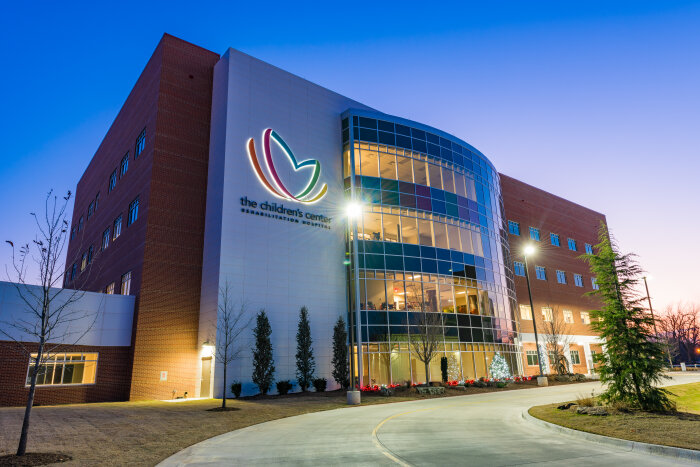 For children's hospital, Hummingbird Highway
is a smart direction 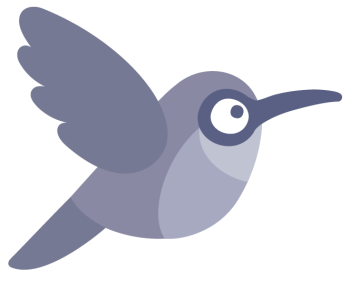 When directions for getting around include statements like, “Take the Caterpillar Corridor off Parakeet Lobby," it's bound to stick in visitors' heads. But there's more to the story than memorability and ease of wayfinding for The Children's Center Rehabilitation Hospital in Oklahoma City. The organization—a private, non-profit facility—hired Takeform to help visitors to navigate throughout their existing facility and new building. Along the way, we also infused this special project with a childlike charm, a vital consideration for a hospital whose mission is to provide youngsters with 24-hour medical care, comprehensive rehabilitative therapies, respiratory care, and special education. 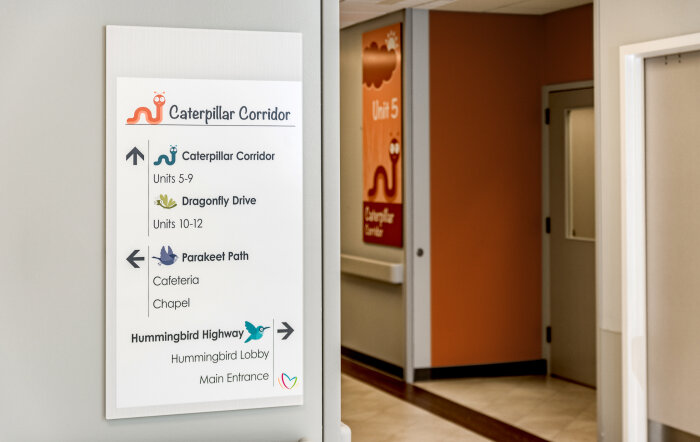 When Jennifer Twitchell, Takeform senior account manager, first received the project request, hospital administrators already had a floor plan and design in mind. But the Takeform team quickly saw a bigger opportunity to serve the client. While the client had a vision to make the space more kid-friendly, their initial idea was to simply repeat a single friendly bumble bee graphic throughout the facility.

“We realized there was a lot more we could add which would not only ease wayfinding, but improve the lives of patients, families and staff," Jenn says. 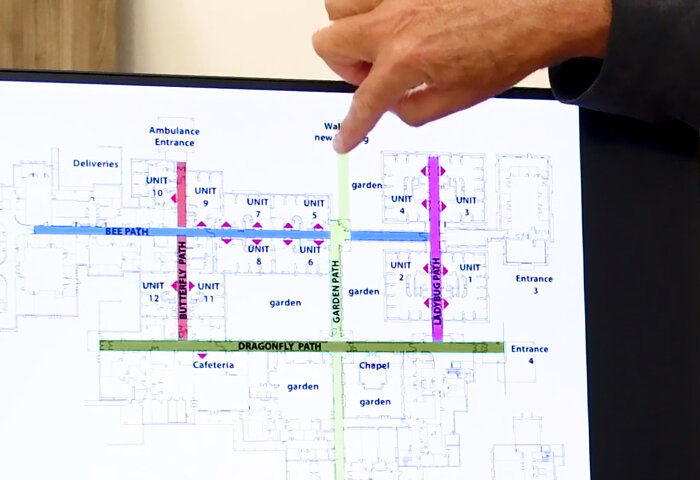 “We realized there was a lot more we could add which would not only ease wayfinding, but improve the lives of patients, families and staff."


When wayfinding director Duane Fisher visited the site, he began to envision a fun system that would accomplish more for the organization and the people it serves by expanding the simple theme. We began by adding more animals to not only add interest, but to expand our wayfinding nomenclature.


“The Bumble Bee was everywhere," Duane says. “It wouldn't have worked for two reasons. First, it didn't serve wayfinding. Second, people would get tired of it. It was important to show the client why a more thoughtful approach made sense."

Duane conducted several site visits, walking through the campus with the client to identify issues, and relaying what he learned to our planning team. One concern he spotted right away—all of the new building's corridors looked the same.

“I recommended they differentiate and highlight the paths and corridors by strategically applying the hospital's color palette to each," Duane says. “The newly added building was pretty far along and the architects had already developed a color palette, so we translated it to our wayfinding system in a way that would tie the old and new buildings together."

During the theming process, Umaira Habib, senior experiential graphic designer at Takeform, came up with a playful, kid-centric graphic treatment that featured illustrated animals and insects—a nice nod to the client's original bumble bee vision. From there, the wayfinding strategy started to come together: each corridor and space would be distinguished through its own color and creature, each would also be named for their respective animal.

The client was surprised and delighted by the idea—as were hospital staff who could foresee the benefits of the thoughtful approach. 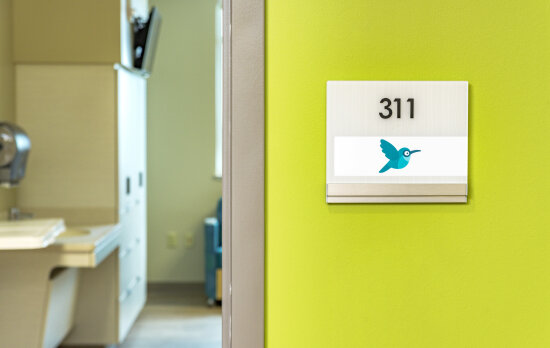 A colorful hummingbird brightens this patient room sign along Hummingbird Highway, one of the corridors Takeform named and themed as part of our wayfinding project for The Children's Center Rehabilitation Hospital in Oklahoma City. Other kid-centric spaces and passageways include Ladybug Path, Parakeet Lobby, and Dragonfly Drive. 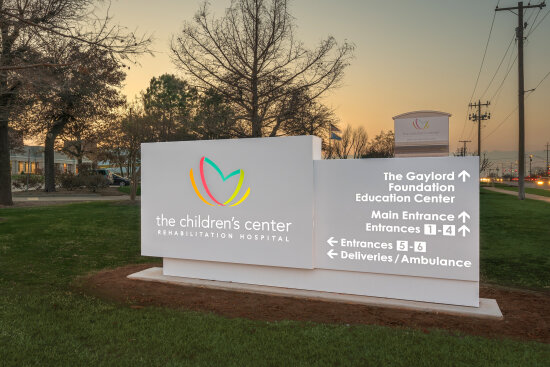 Day & night, the hospital's monument signs bring Children's Center colorful brand to life. Additionally, Duane discovered on a site visit, the hospital needed to consider how to direct visitors to the range of entrances around campus buildings. So he proposed the intuitive numbering system to make it easier for guests to navigate—and for staff to give directions.

“I think the biggest impact of our work might actually be for staff," Duane says. “They experience the benefits of the new wayfinding and graphics system every day. They're really excited to have a more distinct identity for their units because they see how the lively theming brightens the lives of patients and families. It's also important for them in terms of directing visitors throughout the facility."

And to keep traffic humming along.

Get in touch today.

Tell your brand story: Solutions for every market 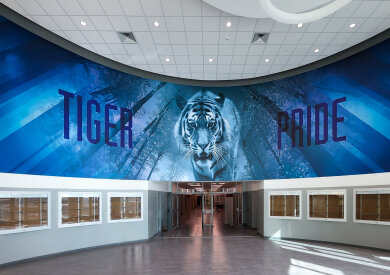 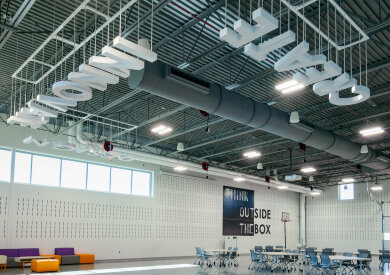 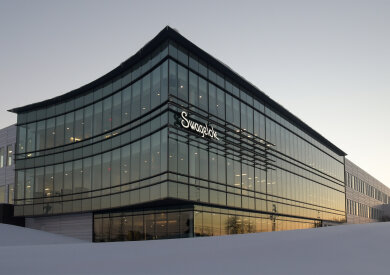